Demi Lovato is a warrior. Ever since her accidental overdose on July 24, 2018, the “Confident” singer has been working hard to turn her life around.


Demi Lovato Through the Years

“Every day is a constant struggle for Demi,” a source exclusively tells Us Weekly, but “she’s remained determined to lead a life of sobriety and live her life to its fullest potential, especially following the first anniversary of her relapse.”


Demi Lovato’s Struggle With Addiction in Her Own Words

The 26-year-old star — who first went to rehab at 18 — spends time kickboxing, eating healthy and “surrounding herself with supportive people” like ex-boyfriend Wilmer Valderrama, who’s been her rock during this difficult time.

The “Sober” singer was found unconscious after a drug overdose at her home in Hollywood last year. She remained hospitalized for almost two weeks before checking into a treatment center. “The rehab she is in is much more drill sergeant-esque,” a source told Us Weekly exclusively in August. “It’s not nurturing. … That’s not what Demi needs to put her in check.”


Demi Lovato and Wilmer Valderrama Split: Their Romance in Their Own Words

For more on the singer’s recovery, watch the video above and pick up the latest issue of Us Weekly, on newsstands now! 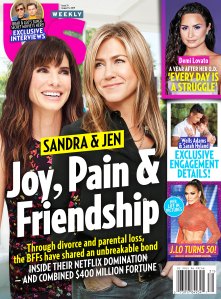 If you or someone you know is struggling with substance abuse, contact the Substance Abuse and Mental Health Services Administration (SAMHSA) National Helpline at 1-800-662-HELP (4357).

With reporting by Carly Sloane