Jordyn Woods just offered a rare glimpse into her friendship with Kylie Jenner, five months after she was caught making out with NBA star Tristan Thompson, then-boyfriend of Jenner’s sister Khloé Kardashian.

In the interview, Woods alluded to being estranged from her onetime BFF — but also expressed optimism for their future. “I hope everything falls into place and that we can all grow and build our relationships with our family and God and come back together one day and be stronger and happier,” she revealed. “A lot of people can be around when things are good, but you don’t know who’s really around until things are bad.”

The influencer also described spending her formative years with Jenner. “Where I grew up, we were always around each other, it just happened organically,” she told the magazine. “We were just all young kids, and you know what it’s like — everyone’s friends, everyone’s around, and you just build connections.”

Woods’ hopes notwithstanding, it appears Jenner — who reportedly kicked Woods out of her Calabasas, California, home — is still upset about the cheating scandal, which also cost Thompson, 28, his relationship with Kardashian, 35. As of Friday, July 26, the makeup mogul no longer follows Woods on Instagram, nor does her Kylie Cosmetics account. 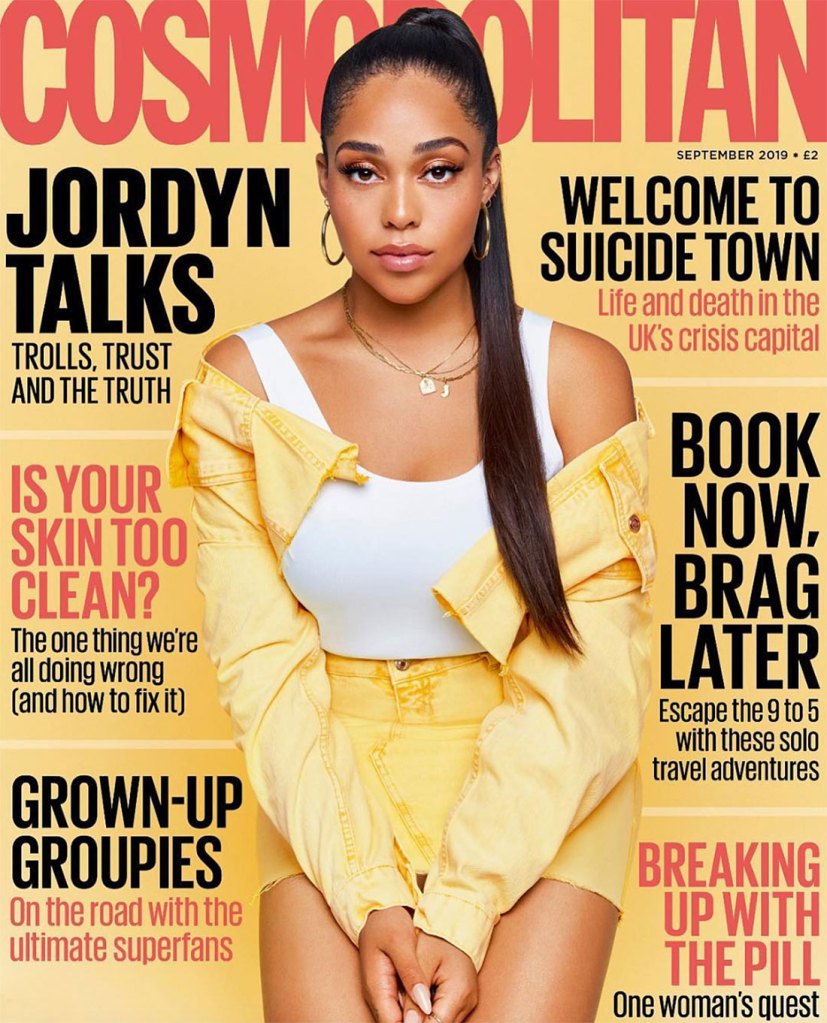 “Kylie keeps those in her intimate circle very close,” a source told Us Weekly earlier this month. “Kylie’s friends support her by being faithful and trustworthy, which Jordyn proved not to be. Kylie is still very hurt and disappointed by Jordyn’s actions and her decision making. It completely shattered Kylie for a bit and left her feeling very conflicted.”