The nationwide college admissions scandal may have simmered down in the news, but Lori Loughlin and her husband, Mossimo Giannulli, are still working hard behind the scenes to clear their names.

“They believe they’ll be exonerated,” a source says exclusively in the new issue of Us Weekly, adding that the couple are “actively engaged in their defense.”

The Full House alum, 54, and the fashion designer, 56, were among the 51 people who were indicted in March for their alleged involvement in the bribery scam. The parents of Bella, 20, and Olivia Jade, 19, were accused of paying $500,000 to have their daughters designated as University of Southern California crew team recruits — despite their inexperience in the sport — so they would be accepted into the school.

Loughlin and Giannulli, who married in 1997, pleaded not guilty in April to charges of money laundering and conspiracy to commit mail and wire fraud.

The source tells Us that the actress and the Mossimo founder “won’t even talk about taking any type of” plea bargain in the Operation Varsity Blues case, which will likely go to trial in early 2020. 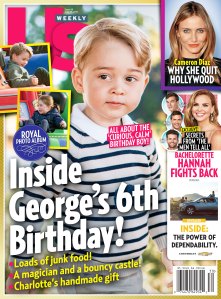 For more details on the scandal — including how Bella and Olivia Jade are bracing for what’s next — watch the video above and pick up the new issue of Us Weekly, on newsstands now.