Broken bond. Lori Loughlin’s relationship with daughters Olivia Jade and Bella isn’t going well. Though both wished their mom a happy birthday on Instagram in July, “things aren’t fully healed between them,” an insider exclusively reveals in the new issue of Us Weekly.


From Felicity Huffman and Lori Loughlin’s Alleged Roles to Their Arrests: Everything We Know About the College Admissions Scam

Vlogger and beauty influencer Olivia Jade, 19, is worried she won’t be able to rebuild her brand, and it’s left her “resentful,” says the source. She’s also been the victim of online bullying. “That’s devastating for Lori,” adds the insider.

Despite her attorney’s pleas to stay off social media, Olivia recently put up a defiant photo of her holding up two middle fingers, with an angry caption seemingly directed at media outlets. “Her lawyer’s begged her not to post anything,” says an insider, “because prosecutors are going to question her about it and show everything to the jury.”

The famous family has been facing public scrutiny since Loughlin, 55, and husband Mossimo Giannulli’s arrest in March for allegedly paying $500,000 in bribes to get their daughters, Bella, 20, and Olivia Jade into the University of Southern California. They are facing up to 40 years in prison for their alleged actions. 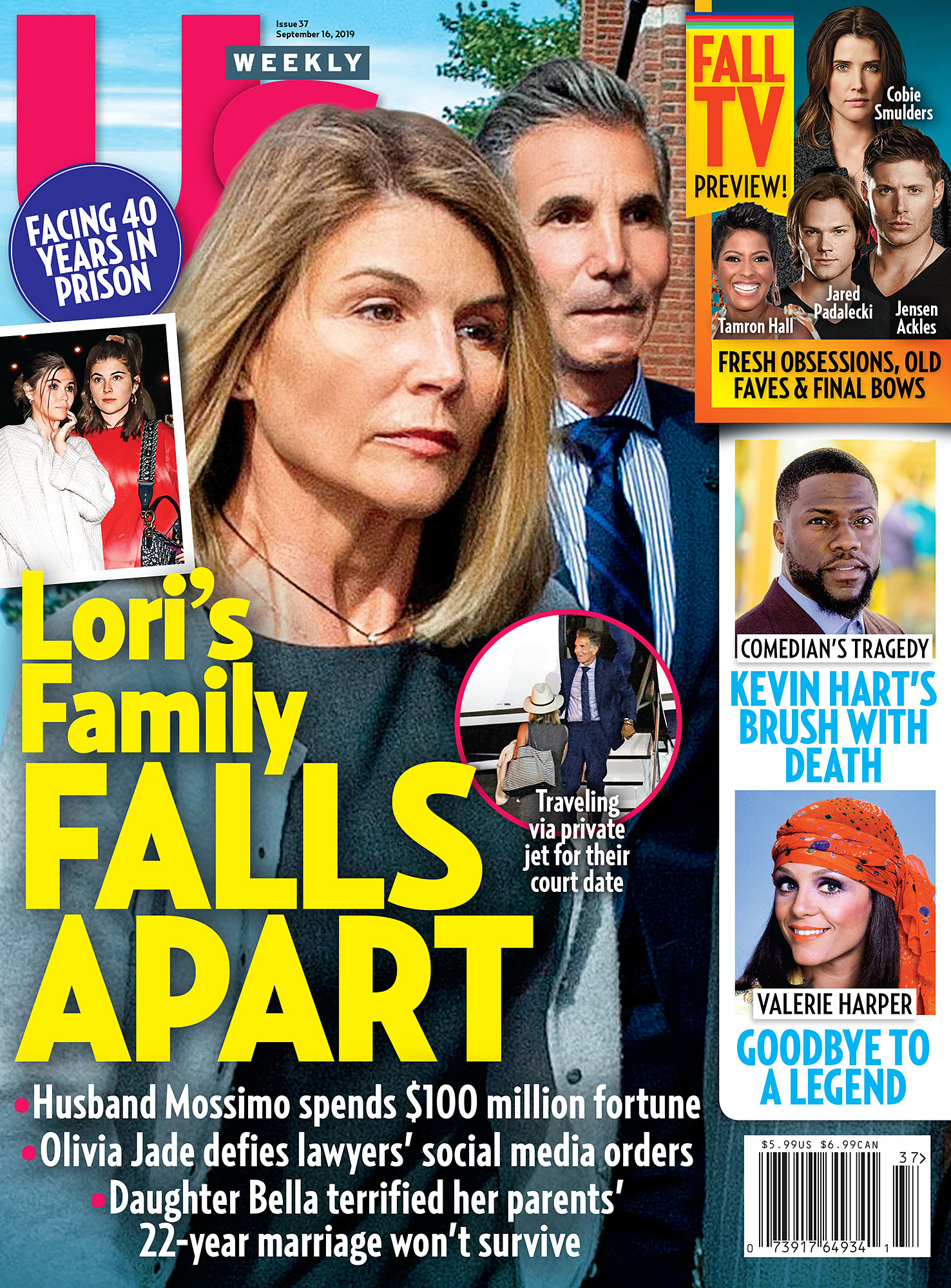 Lori Loughlin and Mossimo Giannulli: A Timeline of Their Relationship

For more on the college admissions scandal, watch the video above and pick up the latest issue of Us Weekly, on newsstands now.