Sandra Bullock is a puppy parent again! Us Weekly has learned that the actress, 54, has adopted a 2-year-old rescue poodle nearly a year after the death of her dogs Poppy and Ruby, who died within days of each other.

While out with beau Bryan Randall, 53, and the new pup in L.A. in early July, Bullock stopped at the Just Food for Dogs pet store and “got a full consult on what to feed the dog,” a source tells Us in the new issue. “She was super nice and down-to-earth. She didn’t act like a celebrity.”

Staying low-key and respectful is something that’s important to her. Bullock is “unfazed” by her fame, an insider adds, noting that she and her longtime love prefer to lead “simple” lives.


Celebrities Who Have Adopted Pets

The Bird Box star mourned the death of her dogs weeks after the heartbreaking loss of her father, John W. Bullock, who died in September 2018 at age 93. Bullock opened up during an interview with Ellen DeGeneres in December about her emotional state of mind following the heartbreak.

“I was like, ‘I’m gonna be fine,’” the Ocean’s 8 actress explained. “And then a week later, I’m in bathtubs crying and the kids are like, ‘Is Mommy OK?’ Everyone was like, ‘Just leave Mommy in the bathtub. She’s gonna be fine.’ So, you know what? It’s life. But, you know, when you lose your little rides-or-die, it makes things different.” (Bullock is the mother of son Louis, 9, and daughter Laila, 7.)

Bullock added: “Life, I realized, happens whether you schedule it or not. That just blew my mind this year.”

Following the death of her dad, a source told Us at the time that Randall “has been a constant source of support” while Bullock grieved, adding that he “makes her feel safe and completely takes care of her. [He’s her] rock.” 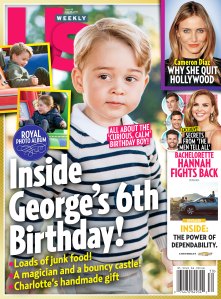 For more on Bullock’s new furry friends, pick up the latest issue of Us Weekly on newstands now!