The love triangle drama continues! Tyler Cameron still cares for Hannah Brown, a source exclusively reveals in the new issue of Us Weekly one week after their overnight date.

“Tyler had strong feelings for Hannah,” says the source, “and wants to make it work.”

However, it seems like that ship may have sailed since Cameron was spotted on back-to-back dates with Gigi Hadid.

Us previously confirmed that the general contractor, 26, went out on a date with the model, 24, on Sunday, August 4, and then spent the night at her New York City apartment the following day.


Bachelor Nation Couples Who Got Together Outside the Show

Cameron left her place “looking happy” on Tuesday, August 6, an eyewitness told Us, also revealing that the former Bachelorette contestant is “full-on living in the city” now.

The former beauty pageant queen, 24 — who initially dumped Cameron for Jed Wyatt, and then asked the former out on a date after calling it quits with the latter — doesn’t seem to be bothered by the new pairing.

When Us asked Brown about Cameron’s blooming romance with Hadid on August 5, she simply answered: “Thank you, next.” 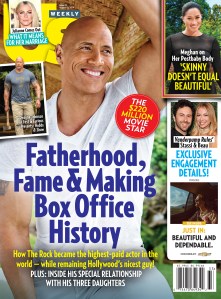 For more on the current state of Cameron and Brown’s relationship — and his new romance with Hadid — watch the video above and pick up the new issue of Us Weekly, on stands now!